If you’ve ever seen the movie ” Ready Player One ” there is something of a real life crypto version of the key quest afoot. 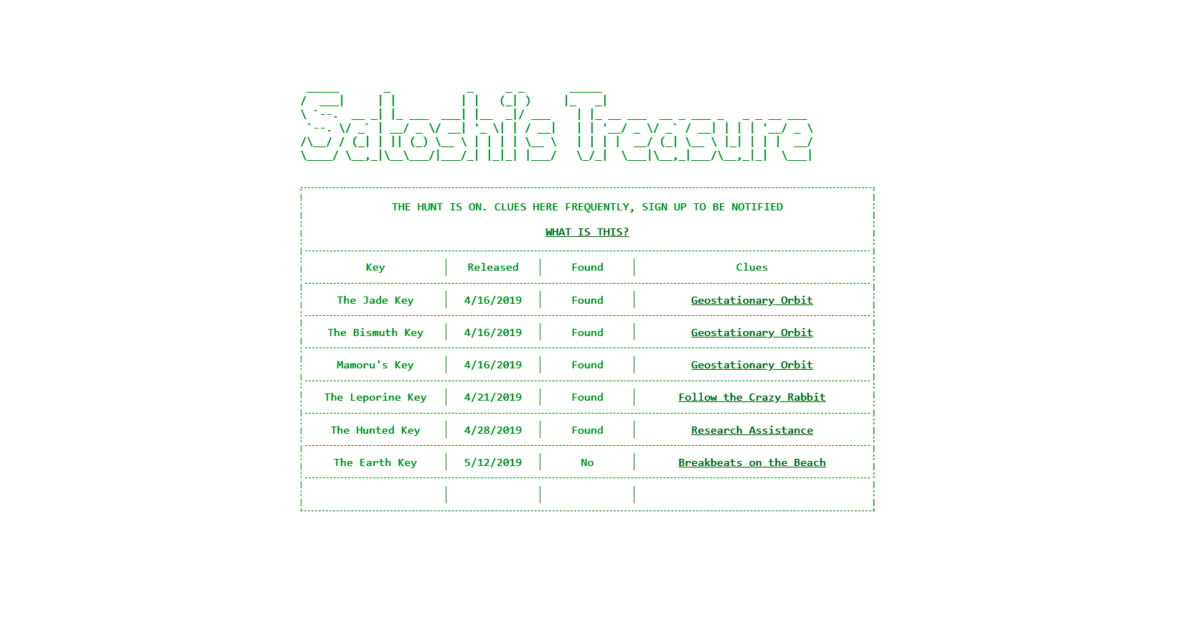 If you’ve ever seen the movie ” Ready Player One ” there is something of a real life crypto version of the key quest afoot. More of an augmented reality game mixing bits of the digital and physical world. Some think it’s a wild goose chase, while others see it as an epic trek to fame and fortune. No matter the outcome the hype has been brewing!

Called ” Satoshi’s Treasure ” this cryptocurrency treasure hunt involves the search of 1000 keys that make up the wallet address worth $1 million dollars in BTC. The wallet key was split into 1000 keys with the ” magic of Shamir ” and one only needs 400 keys to reconstitute the private key. With such a blockchain of possibilities, it’s easy to get treasure hunting fever.

To date 60,000 people have signed up for the Satoshi Treasure newsletter, that releases notifications, says co-creator Eric Meltzer of Primitive Ventures. The most interesting part of this team based exercise is that interconnectivity of the community involved. Many see it as much a treasure hunt as they do an educational experience.

John Cantrell, a software engineer cracked the 1st key fragments and then promptly disclosed on Twitter and GitHub how he did such so others could learn. Since then Cantrell has joined with other teams and created a free tool called ” Ordo ” that helps teams organize clues and give proper credit to contributors. So far the biggest team using Ordo is up to 600 members!

Since this isn’t a solo endeavor, it highly encourages teams to respect fellow players. There are some rules to follow for Satoshi’s Treasure. Mainly that no clues will be hidden on private property, that no clue will require destruction of any sort, and 3rd and final show respect for fellow players.

The rules even go as far to state, that if any unsportsmanlike behavior is discovered that keys may be revealed to everyone. Which of course would result in starting over or even losing depending on how many keys were had verses keys left.

One thing is certain, many are excited and the excitement is creating more interest in cryptocurrency! So what are you waiting for? Is your team going to win? If so, don’t forget to donate some here! 🙂