A Blockchain of Possibilities

What is the Blockchain & What can it do?


What is the Blockchain? - The blockchain is basically the blockexplorer we've shown you how to use. It's a digital ledger of all transactions that have taken place for whatever cryptocurrency you happen to be talking about. These transactions are recorded and ordered by timestamps ( the time they were transacted ). That's what the blockchain was when the infamous " Satoshi Nakamoto " create bitcoin back in 2008, however the blockchain has evolved drastically from that basic concept. It's now not only the public ledger ( which is more the default feature ), it's also a database in a very easy way to understand. Ethereum uses the blockchain with transactions but also as a database for it's smart contracts. Namecoin uses the blockchain as a second internet in a way via the Domain Name Service is hosts on the Namecoin Blockchain. There are various amounts of ways to use it, some would say endless amounts limited only by creativity and imagination.

The blockchain goes by a few different names as well, " Distributed Ledger technology ", " Decentralized Database " and even " Transparency Ledger ", whatever you call it, understand that it's more of a concept and technology than a company, service or product.

The blockchain is a step closer to having everyone on the same page so to speak, it will be a orderly way to conduct business in the future since the blockchain has built in security features, such as not being able to be controlled by a single entity and not having a specific homebase so that it can't be taken down by a physical or cyber attack. When a node does happen to be off and have mismatch data, it will be ignored and further occurances will result in being banned from the system altogether. It's distributed block data system, is designed in such that copies of itself are sent out to become nodes ( servers of it's own data in other words ) that act as their own checks and balanced. If you were to corrupt or somehow change the data of one node, when that is sent to another node, the difference will be seen and attempted to find a match, if it's not the same as the other nodes, it won't be accepted and no change actually takes place. In a sense it's like our own immune system, allowing KNOWN cells through and denying entry to UNKNOWN cells.

What to learn more about the blockchain? 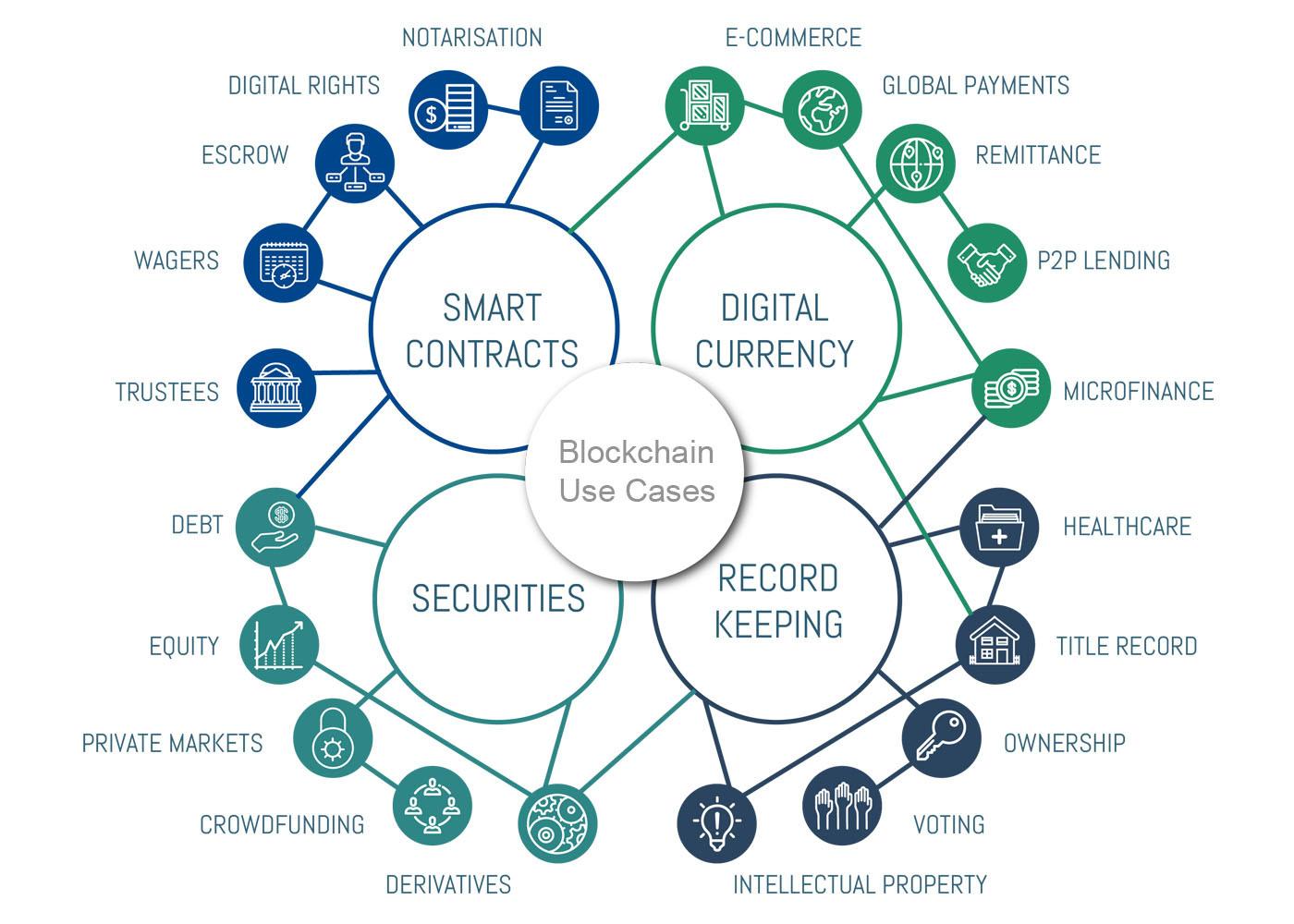 There are so many applications for the blockchain that the list could go on and on and on.

But to save some time and give you a sense of what's it's capable of, we can list a few:

Many blockchain startups are being created, look at this chart created by Frost & Sullivan 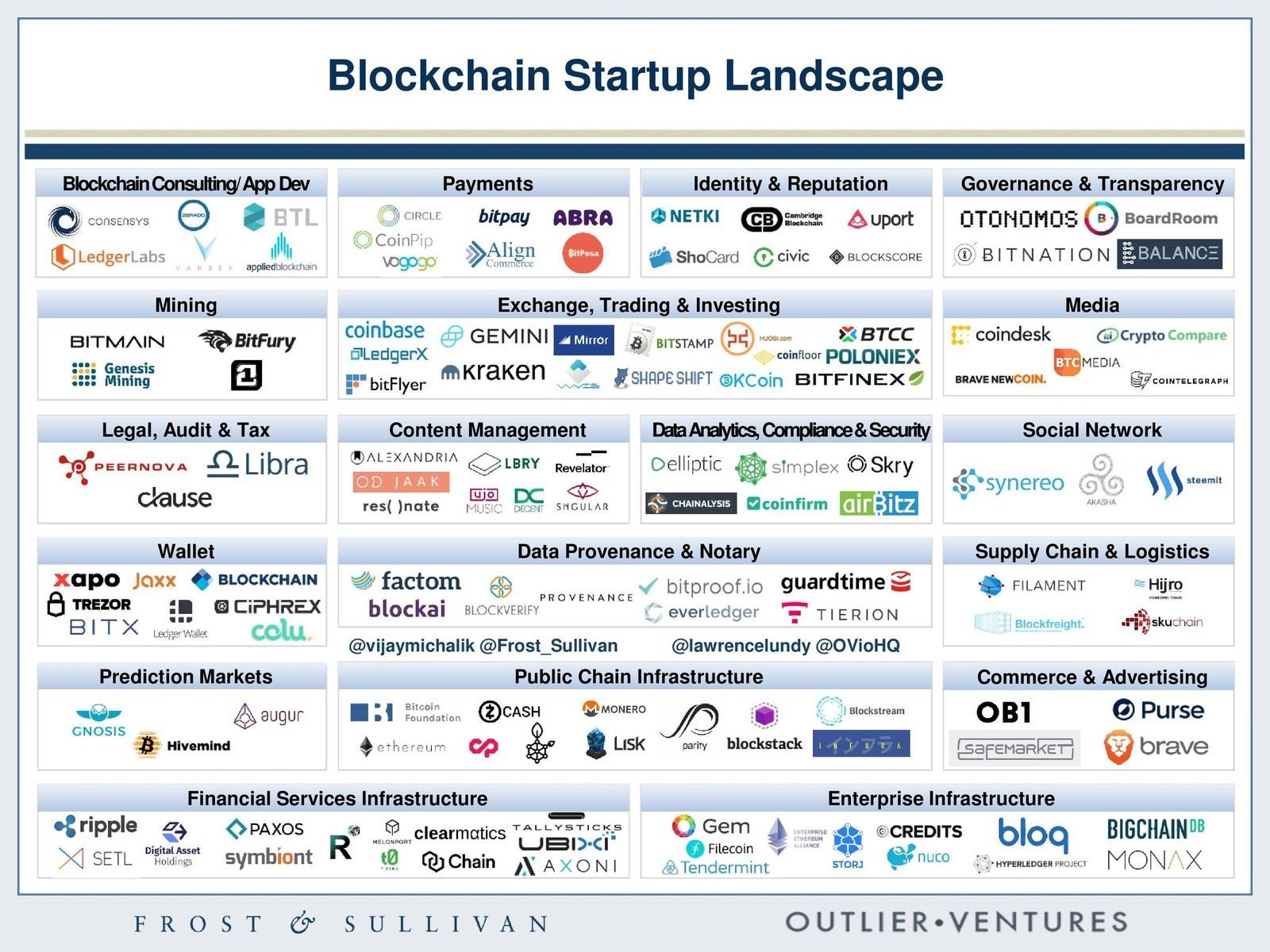